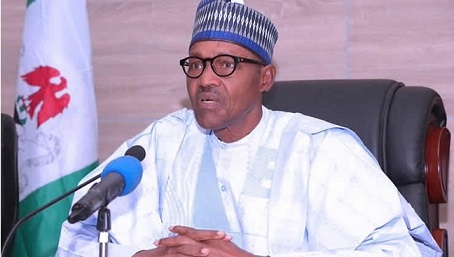 President Muhammadu Buhari of Nigeria has reacted through top government officials on the demolition of the Nigerian embassy located in Ghana. Nigerians were angered on Tuesday after new began making the rounds that the countries  embassy in Ghana was demolished with the approval of the Nigeria government.

News about the corona virus pandemic and the politics in Edo state had dominated the media for many weeks so the news came as a rude shock to Nigerians that a sister nation like Ghana will show utter disregard for the countries embassy. Ghana gained her independence some years before Nigeria but they were in the same struggle for independence.

Founder fathers of Nigeria like Nnamdi Azikiwe worked with nationalists in Ghana which was formerly known as the Gold coast seek freedom for Africa. They laid the foundation for Africa unity and president Buhari knows this.

The speaker of the house of representatives Hon Femi Gbajabiamila has also condemned the action of the Ghanaian government which demolished the Nigeria embassy for some undisclosed reasons.  News of the demolishing was described as shocking by the speaker who expressed disappointment that the government of Ghana will do that to Nigeria..

However, the tension that the demolition will have caused was doused after subsequent reports claimed that the President of Ghana called Buhari to apologize for the demolition. There were reports earlier in the year that Ghanaian were attacking Nigeria  businesses iin their country and looting shops.

Poor media coverage of the incident prevented any retaliation like it happened during the South African xenophobic attack when many Nigerians were attacked and some were brought back home by the Nigerian government.

There were reprisal attacks on South African businesses in Nigeria including popular brands like Shop-rite. Nigerians are still earnestly waiting for President Buhari to give a national address over the issue to forestall any breakdown of law and order.

READ ALSO: Bobrisky “My Parents Are Pressuring e to Bring a Husband Home” 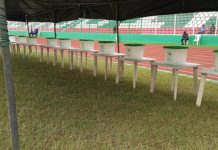