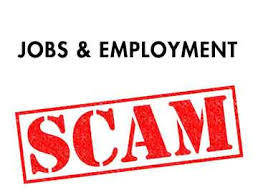 Scam Jobs to Watch out for in Nigeria

Many able-bodied Nigerians have lost their jobs as a result of Covid19. They were sacked despite calls by stakeholders such as the federal government of Nigeria and the Central Bank of Nigeria CBN.

Even the Nigerian Labour Congress NLC joined to admonish and warn organizations against the mass sack of employees but it happened. Silently, thousands of Nigerians that once enjoyed a stable income are now back in the streets desperately looking for jobs.

500,000 Npower volunteers have also joined the army of job seekers in the country. However, some have taken to crime. Some organizations have been exploiting the situations too. They have taken advantage of the desperation on the part of job seekers to dupe unsuspecting job seekers.

The most common strategies that these scam companies use is to abuse recruitment processes. Those who specialize in content writing will task candidates to write for their platforms after which they will no longer get feedback.

Many scam companies do this to the extent of publishing works submitted in the course of screening. Many victims shared their views in a Facebook group (Nigerian bloggers) citing the alarming rate of scam writing jobs in the country.

One victim of such online job scam Mr Lateef (not real name) lamented the dearth of effective labor laws in the country. He narrated how he worked for a company (name withheld) located in Lagos and was scammed even after getting a contract.

He described the company as draconian and stated that he was exploited by the company just like many other youths. Despite claims of having trying to protect the right of workers in the private sector for many years, nothing tangible has been done by the Nigerian government.

Many of these scam jobs are available on Facebook jobs. It allows faceless companies to recruit people and defraud them without an effective report policy. After they finish with the first, they look for another victim. 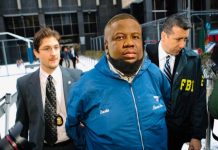 Ex-England Women manager Mark Sampson charged for ‘not wanting to sign a Nigerian footballer because...

Bobrisky – I Will Do Another Surgery on My Cheek Bone Soon

Tips to keep your relationship strong and healthy