The Deeper Life Bible Church has finally reacted to the alleged molestation of one of its students in its school in Uyo, capital of Akwa Ibom.

According to reports the mother of the 11-year-old student, Deborah Okezie, had in a Facebook video which went viral claimed that her son was starved and molested by his seniors after the principal moved him to their dormitory for urinating on his bed.

According to Okezie, her son told her that the senior students pushed their hands and legs into his anus while also threatening to kill him if he reported to his parents or the school principal, Solomon Ndidi, who was recently suspended over the matter

She had thereafter narrated how she was attacked at the office of the Commissioner for Education in the state, Enobong Mbobo, who had invited her and her son for questioning on the instruction of the state government.

In a statement on Tuesday on Twitter, the school said it will address the public on the alleged assault and molestation of the student and what has transpired since the news broke.

This news medium learned that the victim’s father, Iniobong Archibong, has received the medical report of his son from the hospital. He, however, noted that he would only disclose the content of the report after consultation with his lawyer.

According to Archibong, his son has not yet been discharged, saying that as soon as he is discharged, we will let the public know.

“I just got a medical report today from the hospital. I would only disclose the content of the report after consultation with my lawyer.

“He has not yet been discharged. As soon as he is discharged, we will let the public know. 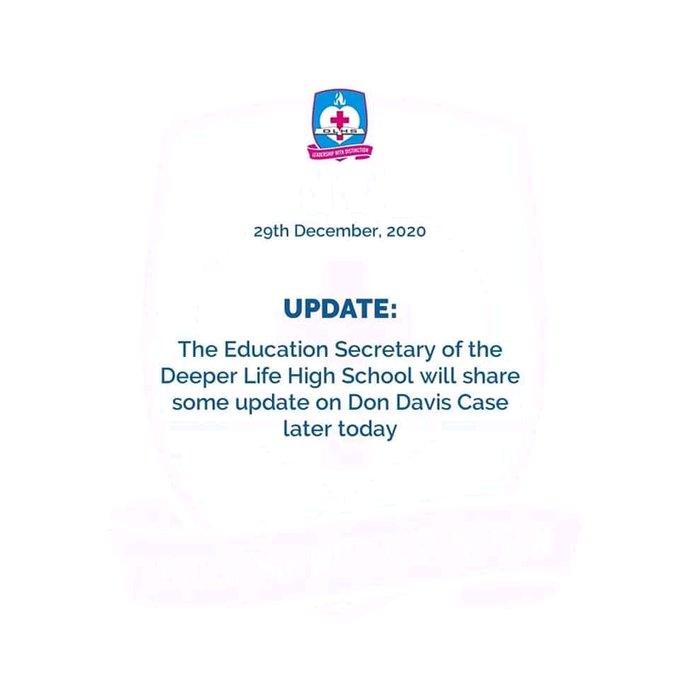 I’m The Sexiest Man In The Country – Actor, Yul Edochie

Economy: Anything Else But Restructuring, Living In Denial – Prof Moghalu